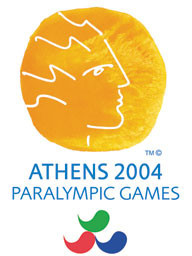 The Paralympic Village in Athens housed 3,806 athletes during the Games.  A total of 1,160 women (31% of the total number of athletes) competed at the Games with female athletes competing in Judo and Volleyball for the first time.  An extremely high standard of sporting performance in 19 sports resulted in 304 new world records and 448 new Paralympic records.

Perhaps the most outstanding athlete at the Athens 2004 Games was swimmer Japanese Mayumi Narita who claimed an astonishing seven gold medals and one bronze.  Canadian wheelchair athlete Chantal Peticlerc also had a fantastic Games by winning five gold medals in the 100 metre, 200 metre, 400 metre, 800 metre and 1,500 metre races while setting three world records.

A total of 3,103 media representatives (including more than 68 broadcasters) were present in Athens to cover the Games while a total of 617 hours were broadcast in 25 countries.

Although the live broadcast of the Opening Ceremony coincided with the middle of the night in some parts of the world, around 10 million Chinese and 8 million Japanese enjoyed the event live.  Daily highlights of the Games attracted millions of European viewers and in Great Britain the BBC gained approximately 2 million viewers for their first Sunday Paralympic program.  This development confirmed that there has been a strong growth in media interest for the Paralympic Games since the Sydney 2000 Paralympics.

The Opening and Closing Ceremonies as well as many sport events were sold out and the Games were supported by 8,863 volunteers who were handpicked from some 160,000 personal applications.