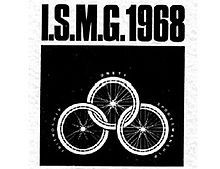 The Paralympics, originally scheduled for Mexico City, go to Israel

Sir Ludwig Guttmann was determined to keep up the tradition of hosting the Paralympics in the same year as the Olympics and accepted the invitation of the Israeli government to host the 1968 International Stoke Mandeville Games at Ramat Gan near Tel Aviv.

The invitation from Israel was motivated by the country's desire to celebrate the 20th anniversary of Israeli independence and a crowd of 10,000 attended the Opening Ceremony at the Hebrew University stadium in Jerusalem.

The sports program in Tel Aviv was considerable larger than the programme in Tokyo four years earlier. New events such as Lawn Bowls, Women's Basketball and the 100m wheelchair race for men were introduced.

Changes were also made in the classification systems for Athletics, Basketball and Swimming and in total, there were nine events on the sports programme.  These were athletics, basketball, dart archery, fencing, lawn bowls, snooker, swimming, table tennis and weight lifting.

Marson helped his country finish the Games in a respectable seventh place.  The USA finished with the highest number of medals.  Great Britain claimed second place ahead of hosts Israel.  In total 20 records were set within the 181 events held.

Despite the fact that Israel hosted the Games at late notice, the Tel Aviv 1968 Games were an undoubted success for the Paralympic movement.