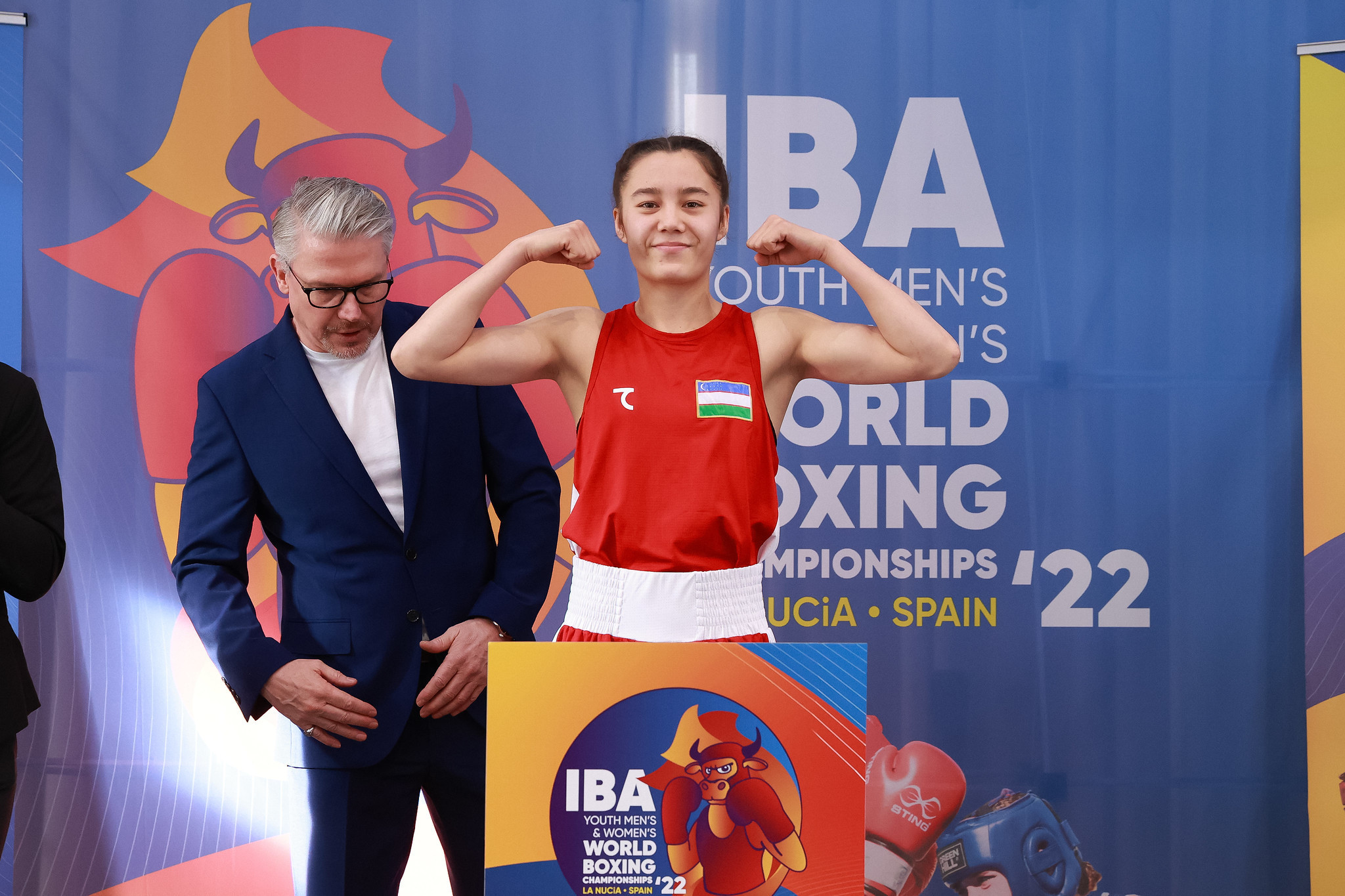 Ganieva defeated India's Bhawna Sharma via a unanimous decision to earn the women's under-48 kilograms title.

Ganieva was one of two champions from Uzbekistan on the day, with Bakhtiyor Asadov triumphing in the men's under-57kg class.

Only India could rival Uzbekistan's haul of two gold medals.

Five Indians were in action on the first day of finals and two won.

Vanshaj joined Ghorpade in winning gold in the final bout of the day, beating Demur Kajaia from Georgia for the men's under-63.5kg crown.

Boxers from Russia and Belarus are absent from the Youth World Championships owing to what the IBA called "logistical restraints", despite it now allowing both nations' flags to fly at its tournaments.