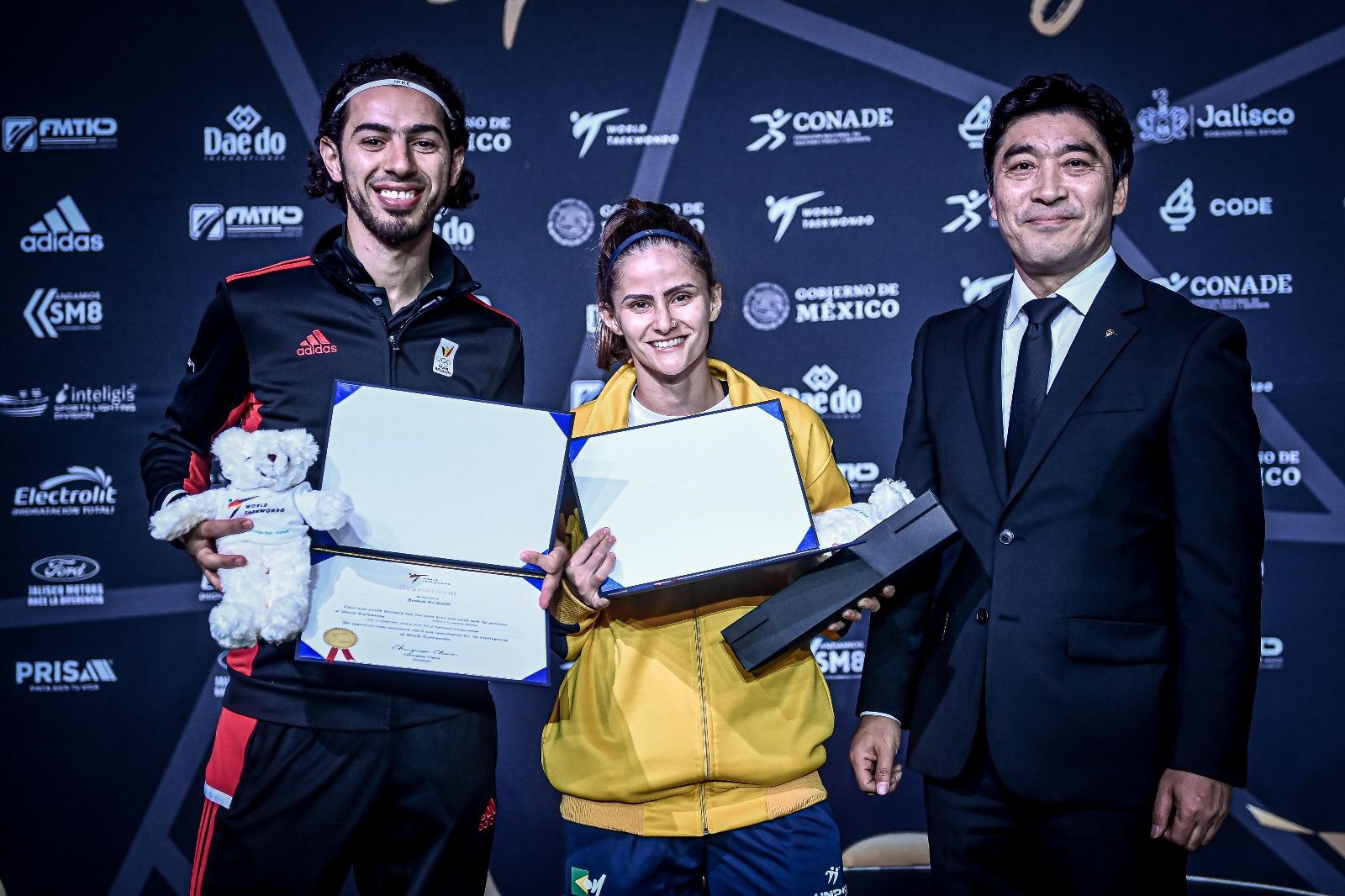 Belgium's Jaouad Achab and Brazil's Valeria Santos have been elected on to World Taekwondo's Athletes' Committee after securing the backing of fellow fighters.

The pair's inclusion on the six-person panel was confirmed on the closing day of the World Taekwondo Championships in Mexican city Guadalajara.

The announcement came after an election was held during the tournament, which started on November 13 and reached its conclusion today.

Achab and Santos, who both competed in Guadalajara, saw off competition from six other fighters to secure four-year terms.

Achab is a former world champion having captured the men’s under-63 kilogram title in 2015 and won bronze in 2019.

"I'll do whatever it takes to bring the athletes' voice to help develop the sport," said Achab.

"My only motivation is to deliver."

Santos, who claimed women's under-46kg bronze at this year's Pan American Championships, was seeded third at the World Taekwondo Championships but lost in the second round today.

"It is a pleasure to serve [on the Athletes’ Committee]," said Santos.

"I have been on the Brazilian federation's Athletes' Committee and I hope to do more on the World Taekwondo Athletes Committee.

"I am sure me and Jaouad can do great things together."

Vladimir Dalakliev of Bulgaria, Iran's Sajjad Mardani and Niger's Hama Alzouma lost  out to Achab in the election.