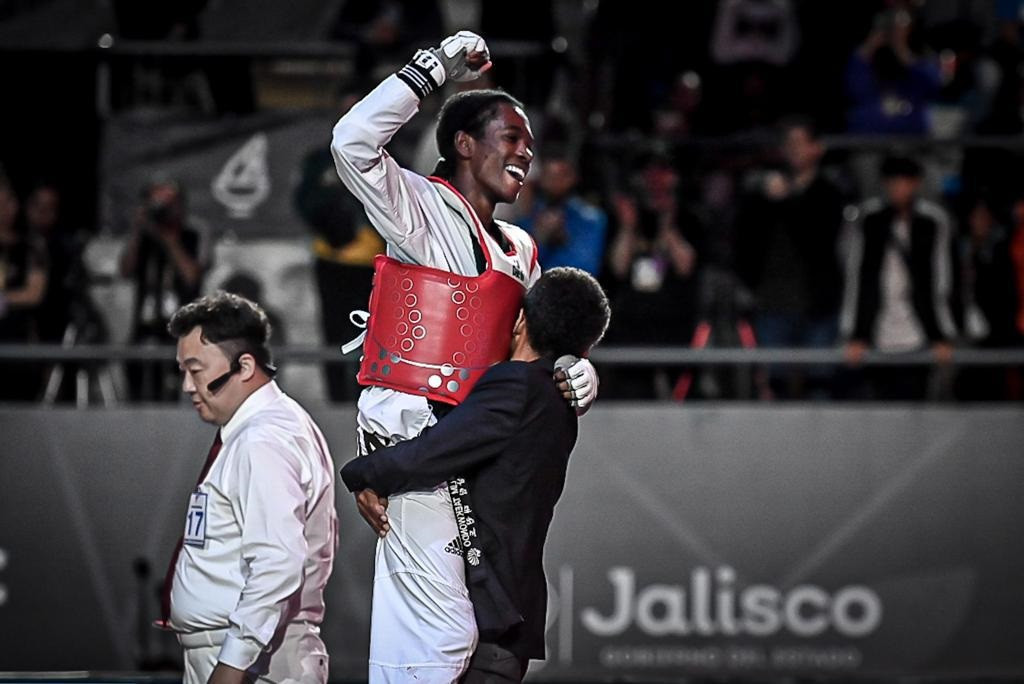 Hungary’s Omar Salim denied Mexico a fourth gold medal with a brilliant performance to beat Cesar Rodriguez in the men’s under-54 kilogram final at the World Taekwondo Championships here as he followed in the footsteps of his father who was crowned champion 31 years ago.

There was also delight for Serbia’s Nadica Božanić who stunned defending champion and Olympic silver medallist Lee Da-bin of South Korea to capture the women’s under-73kg crown at the Centro Acuático CODE Metropolitano in Guadalajara.

The night will be remembered for a classic semi-final between Rodriguez and Bae Jun-seo of South Korea that amazed the sizeable crowd which turned out to roar the Mexican to victory.

It was the best match of the tournament as Rodriguez and Bae put on a sensational spectacle of taekwondo in the Mexican city.

After two incredible rounds that featured stunning body shots and head kicks, the match went to a decider and was only decided in the closing seconds.

Rodriguez twice received medical treatment and looked exhausted but summoned the energy to land the crucial body shot to defeat the defending champion.

It was a match worthy of being the final but his efforts were not enough to seal gold as Salim stormed to victory.

Salim, who comprehensively beat Chen Po-yen of Chinese Taipei in the other semi-final, came flying out of the blocks, powering into a 11-0 lead.

Rodriguez responded with a kick to the head but Salim took the opening round 14-3.

Salim was on fire as he landed two kicks to Rodriguez’s head in the first 30 seconds of the second round.

Rodriguez refused to give in but it was clear that he had very little left in the tank after his semi-final exploits.

The Hungarian finished the job, taking the round 11-9 as he celebrated with his dad, Gergely Salim, who won the world title in 1991.

Lee was the favourite to win women’s under-73kg gold for the second time as she looked to repeat her 2019 success.

But the Olympic silver medallist was well beaten by Božanić who took the opening round courtesy of a flurry of body shots.

Lee battled hard at the start of the second round as she opened the scoring but Božanić proved too strong, pulling away in the closing stages to take it 9-3 and seal Serbia’s second gold of the tournament following Mehdi Khodabakhshi's success earlier this week.

The bronze medals went to Rebecca McGowan of Britain and Crystal Weekes of Puerto Rico.