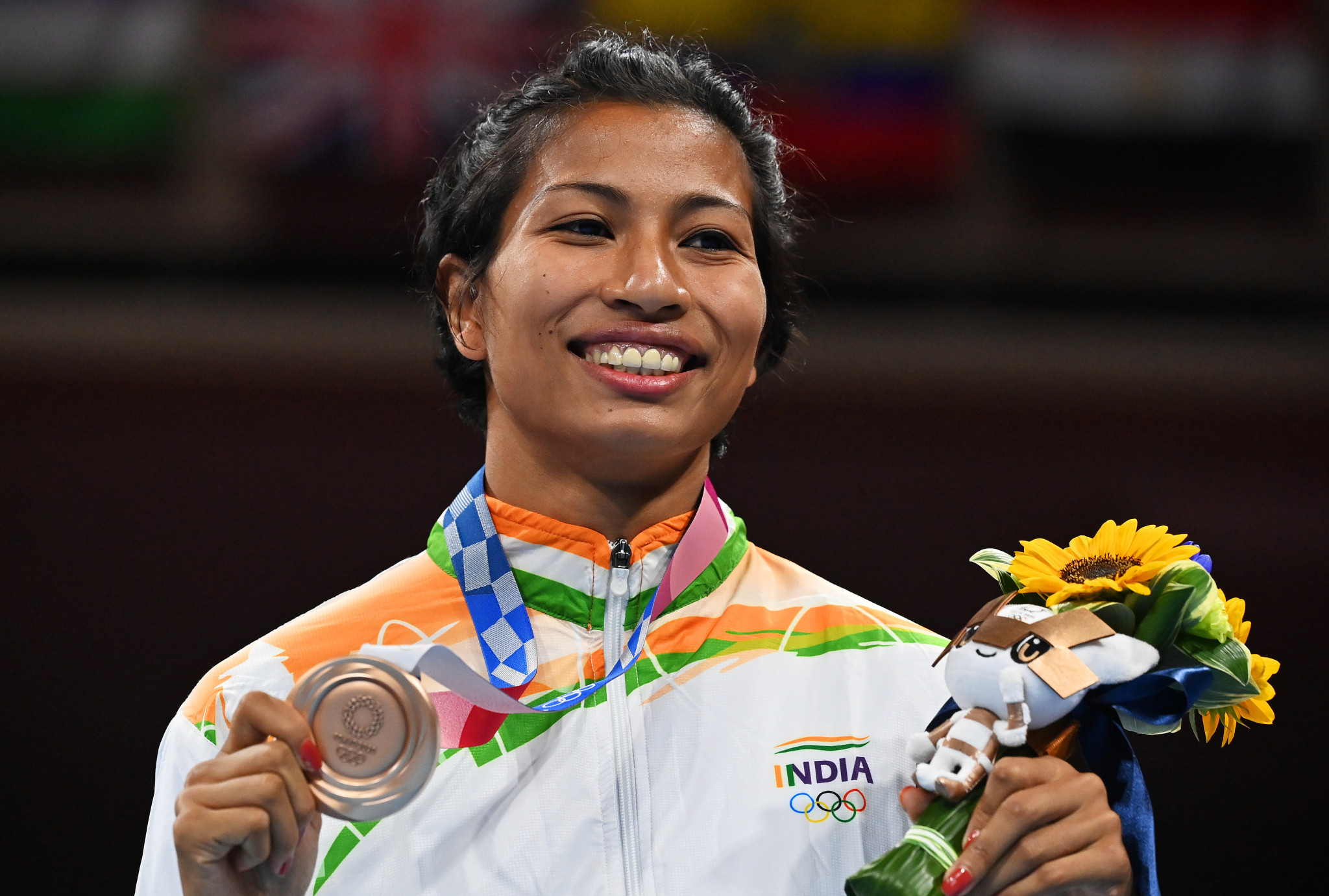 A busy day of semi-finals turned out to be a productive one for Japan, India and Kazakhstan at the Asian Women's Boxing Championships in Amman, Jordan.

India’s Olympic bronze medallist Lovlina Borgohain, twice an Asian Championships bronze medallist is guaranteed at least a silver after moving up a division from her Olympic campaign in Tokyo.

The judges gave her a unanimous points victory over South Korea’s Suyeon Seong by a unanimous 5-0 decision in the women’s middleweight semi-final.

In the final she will fight 2021 silver medalist Ed Ruzmetova Sokhiba of Uzbekistan who won by a split decision against the Philippines fighter Hergie Bacyadan.

Minakshi was another Indian who sealed her final place with a unanimous decision in the flyweight category against Batsaikhan Altantseg of Mongolia.

She is set to face Japan’s Rinka Kinoshita who also attracted the verdict of all the judges in overcoming Kazakhstan’s Zhazira Urakbayeva.

Alfiya to fight for ? in the Asian Boxing Championship ?

Alfiya Pathan won against ??'s Lazzat Kungeibayeva by Unanimous Decision (5-0) in the Women's 81+ kg semifinal bout to book her entry into the tournament final ? pic.twitter.com/VSH0GBhGh7

In the light-heavyweight category, India’s Saweety Bora, a world silver medallist in 2014, ended the hopes of Jordan’s Lina Jaber with a second-round stoppage.

Parveen gave the Indians further cause for celebration in the light-welterweight category with a unanimous victory over Mongolia’s Uranbileg Shinetsetseg to set up yet another final against a Japanese opponent.

She will meet Mai Kito, who was another unanimous points victor against Jeong Haedeun of South Korea.

Japanese student Hikaru Kato made her name at home with victory in the All Japan Championships last year at minimum weight.

Kato went through to the final with a split decision over Bak Chorong of South Korea.

Her opponent in the final will be Kazakhstan’s Alua Balkibekova, a world silver medallist in Istanbul earlier in the year, who went through to the final with a unanimous points verdict over Uzbekistan's Fozila Farzona.

Kazakhstan’s Karina Ibragimova awaits in the final after a similarly convincing display against Nesthy Petecio of the Philippines.

Competition is scheduled to resume tomorrow with the men’s semi-finals.